I saw a 2012 clip of the women on "The Talk", as they were discussing "men wearing makeup." As the topics were teased, at the top of the show, it was obvious that the entire panel would like the idea.

Aisha Tyler mentioned her husband complaining about his dry skin, joking that he needed moisturizer and maybe other products--not just a bar of soap. A moment later, Tyler said, "He looks very masculine [with makeup on]!" when a picture of the effeminate singer Adam Lambert popped on the screen.

Aisha Tyler is a comedian, among other things. So, obviously that was a joke, about Lambert looking masculine. Right? Right? Was it tongue-in-cheek? Was it the statement from the heart of a reprobate? Whatever it was, it was not true.

The "modern versions" of the Bible, including the popular New International Version (NIV), don't like that word "effeminate" which the King James Bible uses. So the NIV and others remove it. They cannot remove what God says, however. The Bible says effeminate men (and, by proxy, you can include women who effort to make themselves more masculine out of their own confusion) will not get to glory. That means they will miss heaven. That means they will end up in the lake of fire. That means, hell.

Later, the cross-dressing entertainer Tyler Perry appeared as a guest on the show, and before he had settled in his seat, Osborne was asking him to speak to the men/makeup issue. "I want to know what Madea thinks on the subject," Osborne said. 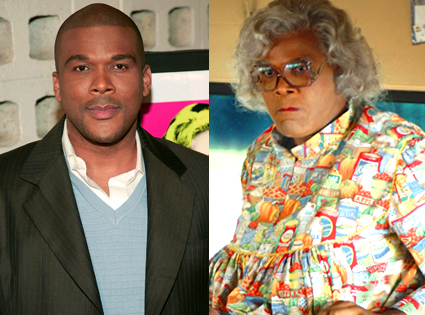 Perry slipped into character effortlessly, as always, and said into the character's nasal voice: "It depends on what kind of makeup the man is wearing... are we talking about makeup or make-down?"

Then, as the audience roared, Perry chuckled, "Man, I'm talking about myself."

Even he knew that the issues of gender identity, black male entertainers constantly being seen in women's clothing, and liberal agendas were simply a joke on a show like "The Talk". Even he knows it is okay to openly admit to his own sodomy.

In 2012, Tyler Perry was already out of the closet. He just hadn't splashed it across your social media yet.