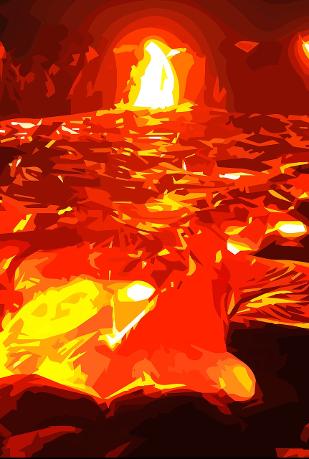 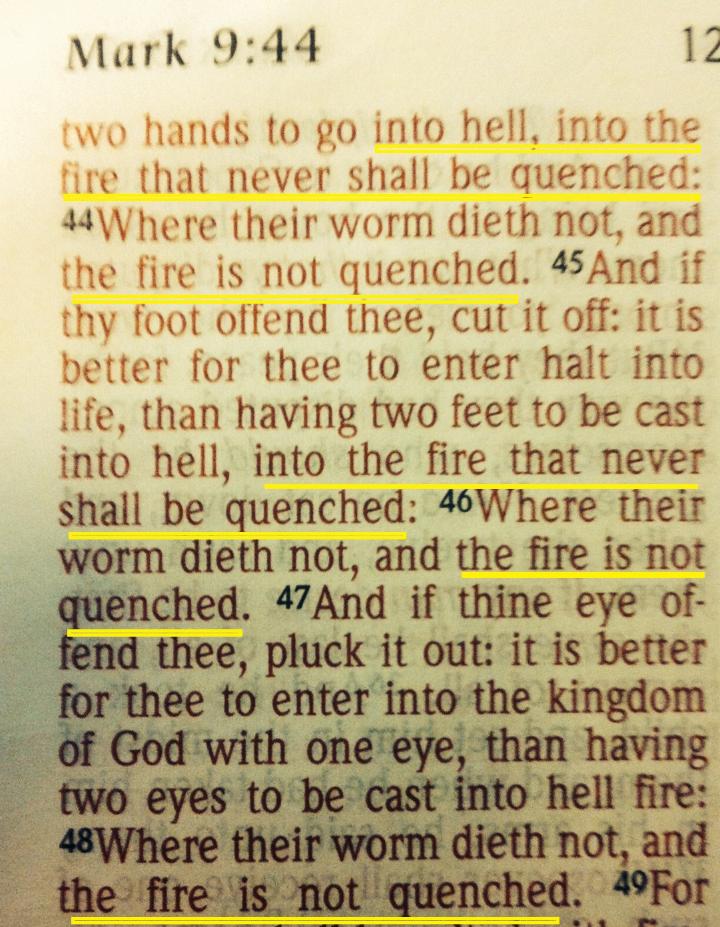 Can you imagine all your life, trying to tell yourself, “There’s no such place as hell”? Can you imagine learning, all of a sudden, immediately, eyewitness, by first-hand experience, that it’s real?

Excerpted from a sermon by Pastor Danny Castle, from Shining Light Baptist Church in North Carolina

Isaiah 14:9 Hell from beneath is moved for thee to meet thee at thy coming: it stirreth up the dead for thee, even all the chief ones of the earth; it hath raised up from their thrones all the kings of the nations.

Like it’s just down there waiting, just to swallow a person up when they die without God.

The word “surprise” means happening suddenly, or unexpectedly, without warning. Catching somebody unprepared…

Some people will be surprised to find that hell even exists.

I pointed and said, “Because you can go right over there to that water fountain and get a drink of water.”

That proves that this isn’t hell. You can’t get a drink of water in hell. 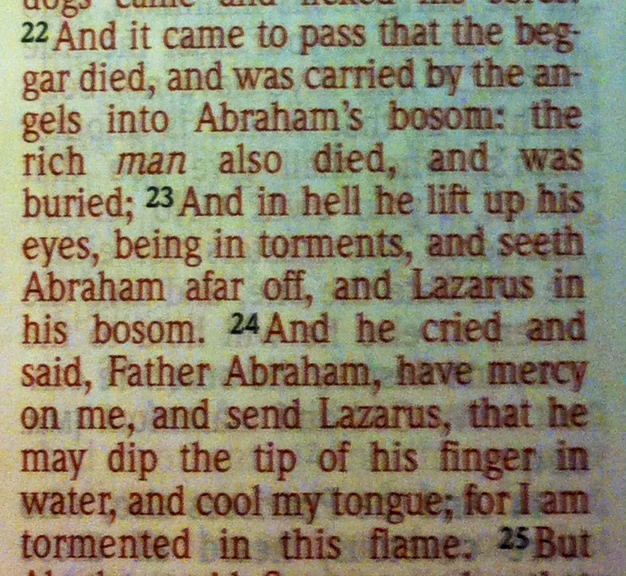 Luke 16: Verse 24 tells us that there is actual FIRE in hell. For some reason, lots of preachers and bible teachers, so-called, like to tell us that "we don't actually know that there is fire in hell." I've heard them. They either cannot read or don't believe what they are reading.

There are people all over this country who think that preachers made up hell to scare people into coming to church. Now why would we want to do something like that? It’s ridiculous.

You say, “For money.” You honestly think we’re doing this for money? You ought to try it sometime.

I wish there wasn’t no such place as hell. It’s so hard for me to stand up here and tell you that people are gonna burn forever and ever and ever… I wish it wasn’t even true!

But my conscience is bound by the Word of God. And the Bible said: There’s a hell.

The Bible, who’s been here before me and you ever got here… who’s seen the birth of all the books in the world and will see the death of all the rest of ’em…

The Bible who’s never been proved wrong one time… been taken to court and thrown out… the Bible, who predicts the future and gets it right…

The Bible, who cuts no corners for nobody…  That Bible, over fifty-something times, warns us there is a place where people go when they die and it’s called hellfire.

You ask, “Are you one of them hellfire preachers?” Absolutely; there ain’t no other kind of preacher. And if a preacher don’t preach on hellfire, he’s not doing his calling, and he ought to be fired today. Amen?

You say, “Well, I think he should just preach on love.” That’s why I’m doing this–’cause I love you. That’s why I’m warning you–’cause Jesus loved you enough to keep you out of hell.

Listen, brother, this ain’t no religious game out here… We are bible-believing Christians,who believe you’re going to hell if you don’t trust Jesus as your Savior.

This don’t mean we’re better than anybody else. We ALL deserve to be in hell. Every one of us.

But I’m not going, because of the blood of the Lord Jesus Christ. Thank God! Praise His Holy Name! for the blood that saved us… if he never did anything for you but save your soul from hell, you ought to praise Him every day of your life that we’re not going to hell when we die and leave this world.

What a surprise, folks. Can you imagine all your life, trying to tell yourself, “There’s no such place as hell”? Can you imagine learning, all of a sudden, immediately, eyewitness, by first-hand experience, that it’s real?

They thought it was just a state of mind for people on Earth. But what a shock.

Let me tell you something about the devil this morning: The devil don’t play fair.

He’ll lead you along, he’ll get you into a mess, and then pull out and laugh at you. And he’s laughing at people in hell this morning, because they didn’t even believe it exists. The devil’s biggest trick he’s got is to get you to believe he ain’t even real.