Bomani Jones: "It Doesn't Matter Whether You Nor I Am Right Or Wrong [About Jesus Christ]" 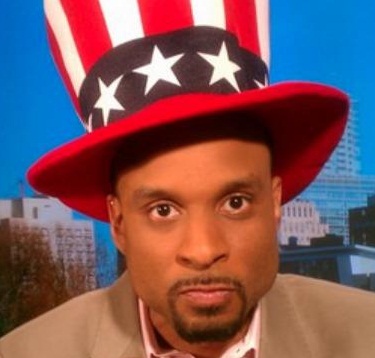 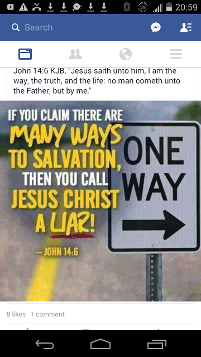 This is a direct quote from the sports media personality named Bomani Jones. He said that in his September 14, 2016 podcast on ESPN Radio.

He said it in response, apparently, to listeners who called him out on his antichrist worldview. And he said it as a way of denying that he is antichrist, but instead is simply apathetic to the whole notion of the biblical God.

What Bomani Jones doesn’t know and-or doesn’t see is that agnosticism, apathy, or whatever he wants to call it, IS a direct rejection of the true and living God.

Neither he nor you nor I get to sit a fence and fire off sarcastic pseudo intellectual shots at those of us who know that this life is a spiritual war. He’s in the war too. One day soon he’s going to look up and understand that.

A scorner seeketh wisdom, and findeth it not: but knowledge is easy unto him that understandeth... Proverb 14:6

Bomani Jones, like pretty much everyone on major media platforms, must conform to the standards of the day, or he will lose his platform and status. What do we mean by "standards of the day"? Basically, he must endorse feminism, same-sex (sodomite) romance, and social justice warrior games. These are mandatory for him, whether he really agrees or not.

Jones rejects the Holy Bible and the Lord Jesus Christ. And he is a picture of what the Bible says about mankind, and with all of his snarky, intellectualism, and mocking, he still cannot comprehend that fact.

Knowing this first, that there shall come in the last days scoffers, walking after their own lusts, and saying, Where is the promise of his coming?

See that? He is in the Bible. Not in any good way.

“I have no reason ever to root against [Tebow]. I never will. He seems to be very well-intentioned, but why is it when good things happen to him it’s so bad for us at work?” Jones said.

“Your success makes me hate coming to work,” he directed at Tebow. “Nothing against you.”

You know why he said that about Tim Tebow? The darkness abhors the light. People who don't want to keep standards resent those who hold themselves accountable.

Cain hated Abel and murdered him. The killing was a result of Cain's jealousy over his brother. The mockers and scoffers, those who despise the Bible and anyone who stands up for God's Word, will always seek to destroy the Christian. They want to kill the Lord, but they can't. Next best thing is to aim shots at the believers.

Not to say that Tim Tebow is the greatest example of the true believer in Christ, because Tebow was in a system of competitive activity which glorifies the human body and makes idols out of men and women. Majorly popular sports lead lots of people all over the world into idolatry and distraction from Jesus Christ, and what He's done and continues to do for us. But Tebow is still a representative of that old-time faith, as sad as that is, and for that he was and is hated by people like Bomani Jones.

It is true that the modern Christian church has been leavened and corrupted on many levels. No wonder that God-haters find worthy cause to mock the American professing Christian.

However, there are Christians who do still believe the Bible and try to follow what God wants us to do. And, the failure of professed Christians in the public eye doesn't mean that the faith itself, nor the Bible, is bad. It simply means that a flawed man or woman has stumbled.

People use the flaws of believers to paint the entire institution of church and Christianity itself in a bad way. They do that because scripture makes their wicked filth plain. So they must tear the Bible and bible believers down.

Does it matter if you and I are right about Jesus Christ? You better believe it matters. Because your life depends on it.

Revelation 20:15, “And whosoever was not found written in the book of life was cast into the lake of fire.”