This Virginia church advertises "holy yoga" as a weekly practice. The word "yoga" is related to "yoke" or "yoking", as in, linking up with spirits that are not of the true and living God of the Bible.

Take the information we've gathered, then go and research this for yourself: The originators and experts of yoga have always maintained that it is not really about physical exercise and feeling good. You are calling on, or summoning, things that you cannot see with your naked eye. Those things, those spirits, are glad to be invited into and around naive people.

More and more professing Christians are taking up yoga as a practice.

The one point that I'll raise right at the beginning here: If you are a so-called Christian practitioner of yoga, I can almost guarantee that you are a professing Christian who believes that all religions are the same, that we're all headed for the same place and the same God, and all of that non-biblical nonsense that the world and the devil and your flesh has deceived you into thinking. I used to be a sports gambler, I'm not anymore, but if I was, that is about as close to a sure thing as you could put your money upon.

Again: If you're doing Christian yoga, falsely so called, you do NOT believe John 14:6, which says, through Jesus Christ's own recorded words, that he is the way, the truth, and the life, and NO man nor woman, can come to the Father, that is, the Lord God, except through Jesus. I know it. You don't believe that.

The difficult part of talking about this "Christian yoga" subject, is that the people who do yoga and yet claim to hold to Jesus Christ, don't want to talk about it very much at all.

You can present facts and history, but the professing Christian yoga practitioner brushes it off. They just don't want to discuss it. And I used to ask "why don't you want to talk about it except to say with a frown that I don't get it?"

You can give quotes from the yogis, the yoga experts, who are part of generational lines of this form of worship. The American Christian just rolls his or her eyes--usually, her. If it is a "him" he is usually effeminate, anyway, or he will be made effeminate after he starts practicing yoga. That's another branch of this thing that the defenders of yoga who also claim to be Christians, are horrified to hear, and will get away from you as quickly as they can!

When you can be presented with facts, history, and expert testimony, and you will not be moved, something is definitely wrong.

I'm still going to present all of that here, however. I am aware that a spiritual darkness, a spiritual blindness and lack of discernment, can affect people who reject plain truth. My job as a bible-believing Christian is to preach and teach and exhort with all longsuffering. It really doesn't matter if people reject it, even if I KNOW they're going to reject. 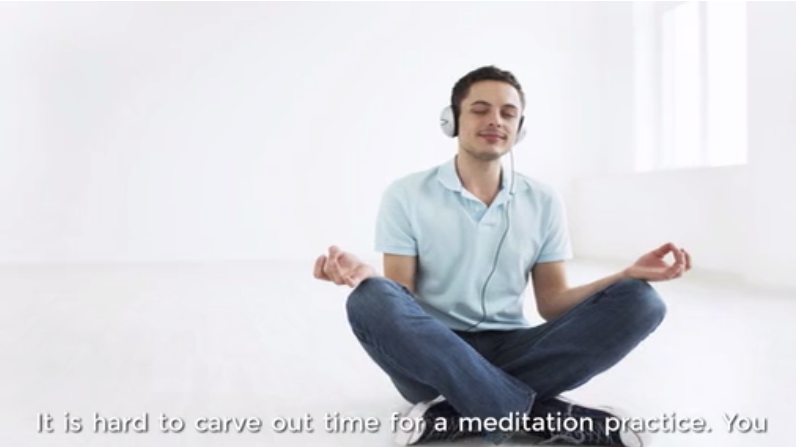 When you are a Christian trying to warn about something, and people close to you are mocking and rejecting that truth, it can be very frustrating. As I say these things, I am not a church pastor nor elder. But I am a preacher at heart, for sure. No doubt about it. I can relate to the pastor who has tried to warn and preach and admonish, only to see the person who was duly warned continue on down the road into trouble. That can be very discouraging. The subject of yoga is one of those that has been discouraging at points, because I know church folk and blood relatives who engage in that practice. I will repeat, yoga is a form of worship. You cannot say that because you know poison is in your coffee, that it's now okay to drink that coffee because you were informed of the poison. The coffee is not safe because you're aware of the toxin. This principle applies to yoga among many other things.

Years ago I warned a relative about her growing love for yoga. Now sometimes someone can be very involved in church, sing in the choir, be there every week, give the money and volunteer, and check off all the "good Christian" boxes, without that someone ever really believing and striving to follow God's way of doing things. They've only paid a form of godly lip service which looks very genuine and sincere to the natural eye. Yet the person who is so into their church and FM gospel and all that, can't handle King James Bible preaching.

They can't handle a pastor who says, "what you're doing, what I'm doing, is wrong, and God doesn't like it, and we oughta stop it, because the bible says right here or here that we won't like the consequences."

They approve of killing babies in the womb.

They approve of men with men.

They approve of helping people via the state, who won't help themselves.

These are the types of professing Christians who engage in yoga.

"But brother, doesn't the bible talk about meditating on the word?"

The Bible does talk about meditation. But it is not the empty your mind kind of meditation that most of us think of when we hear that word, "meditate." God is telling us to ponder what the Bible says. He is not telling us to let whatever thoughts drift in and out. He means to fix our minds and thoughts and hearts all our beings on HIM.

It is really easy to twist scripture, which is why most lost people, lost as in "currently on their way to hell," don't want to respect the bible nor respect anyone who says it is true straight up and down.

They've heard people who use scripture to make and steal money. They know about people throughout history who use the Bible for atrocities, and then these lost people... who ultimately just want to reject God and His commands and His way... these lost people feel free to reject church, the preacher, the Bible, and the Lord Jesus Christ out of hand. Because, in their minds, some flawed man or woman made a mistake or flat-out lied in God's name, therefore all of Christianity is invalid and they can just go off and follow their own hearts.

You cannot deny anything I just said. That is the nature of things and of men and women. We naturally want to cast God's wisdom aside. We'll find any reason to do it, or any excuse. The best Christians will admit that their flesh is against God.