Hip hop entertainer A$AP Rocky is focused on money? What a silly question; the dollar sign's right in his name. And according to the co-signing Complex magazine, "A$AP Rocky is quick to let you know he doesn't give a ----... Warped priorities? Perhaps. But it works for him." 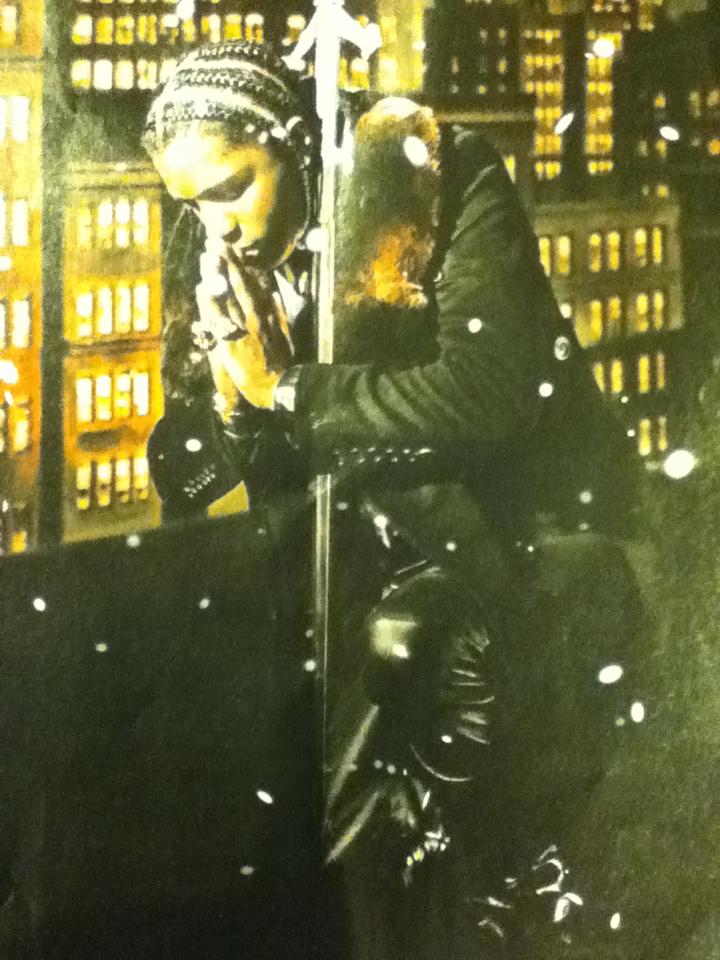 The following statement was taken from an article published in February 2003 by journalist Eric Gillin in an interview with The Church of Satan. Peter H. Gilmore, high priest of the Church of Satan, said:

“America is absolutely a Satanic nation, by our definition... We see the U.S. as being very unique in history, the world's first Satanic republic, and so it is important to many Satanists.”

“What they [Satanists] essentially believe, is that life should be lived in the pursuit of pleasures, and we only get one chance to do it. Sounds like America to us.”

What's that got to do with A$AP Rocky, formerly known as Rakim Mayers? Let Mayers tell it with his own words. More from the Complex interview:

Complex: I'm not sure if it's the... attitude, but something is clearly resonating with the kids.

Is there a musician whose career you're envious of?

Elvis was the first man to really introduce the world to swag... His pelvic gyrations were a vulgar movement... It took balls to do that in the 1950s.

It's clear that you do things your own way... Do you consider yourself a rebel?

The Complex article makes note of Rocky and crew praying before shows. "Please let it be a safe show. Thank you for putting everyone I love together."

Maybe it is supposed to be obvious, but who are they praying to? This man says that he and his musician buddies are each a little-g god, who fear nothing, and are rebels and anarchists. That has nothing to do with the true and living God.

According to the King James Bible, the Lord is no friend of the rebellious. Any rebellion against authority will end badly.

Pride goeth before destruction, and an haughty spirit before a fall. Better it is to be of an humble spirit with the lowly, than to divide the spoil with the proud. Proverbs 16:17-19.

A$AP Rocky is no more guilty than any of us. The Bible condemns all of us, and it's Jesus alone who can save us from what we deserve. But that salvation only comes when we recognize our own rebel nature. That is the difference between saints and sinners. That is the answer to those who say "we're all just sinners" and go on to justify wickedness.

No, we are not all "just sinners". A few of us are bought by the precious blood of the Lord Jesus Christ. The rest have rejected that purchase and thrown the truth down on the ground. That second, larger group of men and women will be gnashing teeth and wailing when Jesus returns. For now, like A$AP Rocky and crew, they are partying and having fun. We could say "enjoy it while it lasts." But you know what? If they are honest with themselves, most of the party animal types DON'T enjoy their revelry for more than a moment.

"Do as thou wilt" is the law for Satanists. It's not about worshiping a guy in a red full-body leotard, holding a pitchfork. True Satanism is about worship of yourself.