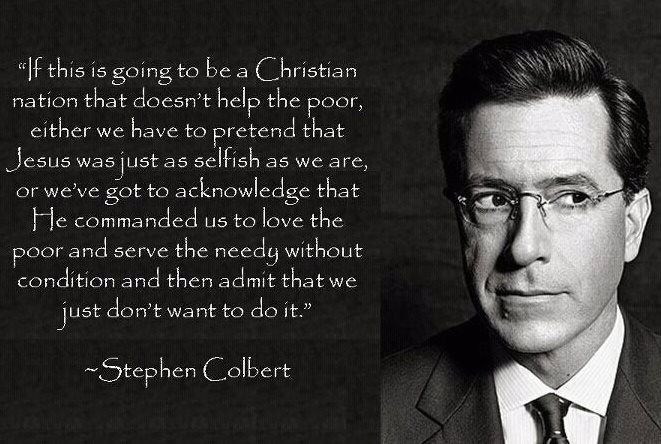 Let's deal with what Stephen Colbert said first, because this is a oft-repeated, very famous quote as we look at it in 2017. Then we'll deal with Colbert himself and see other things he said and does.

Is Colbert a bible believer? Plainly and simply, No.

We'll use his own public, bold stances and words and actions to prove that. And to prove that his beloved quote about loving your poor neighbors is part of a deception.

Colbert's quote about "if this is a Christian nation" got a lot of social and major media traction, from lost people who don't know the Lord and from professing Christians who either are backslidden or who are cowards afraid to go against popular culture.

Here is an "if" for you: "If" Stephen Colbert were really a Christian, he wouldn't stand up for sodomite (gay, homosexual) so-called marriage. He is allowed to play both sides, pun intended, because so few people love the truth in the 21st century.

The United States of America gives and has given more money to help poor people than any other in history. There are statistics to back that up. 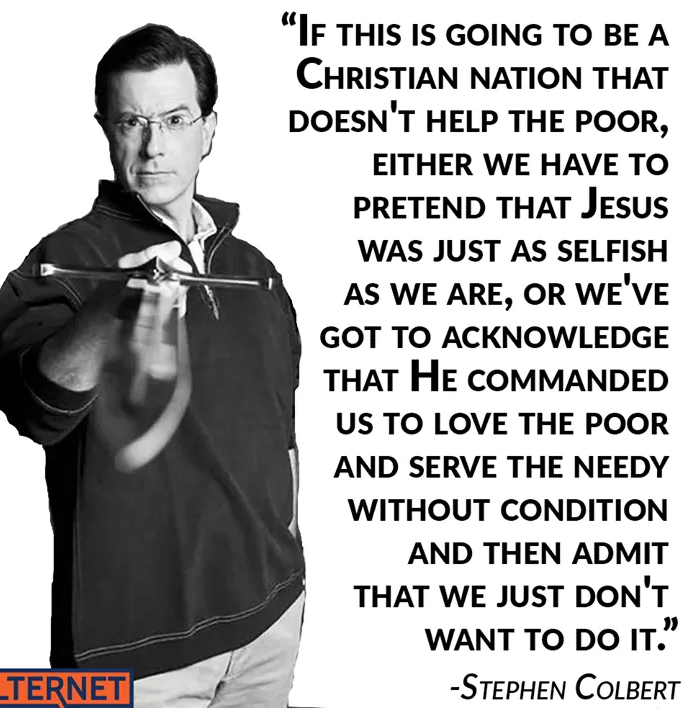