You can get an idea of what the personality named Ice Cube is giving you very easily, by following his bread crumb trail of public works.

For random example: The lyrics of one of his older songs, "Bird in Hand", can't survive a biblical break down. When he was basically only known as a rapper, he justified a certain way of thinking from the very start. Look at this song of his from the 1990s.

Notice that Cube--I can mock his persona, his character now, when the younger me would have said his Hollywood name with respect--notice that Cube's producer start this song, "Bird in the Hand" with a Big Bird sample. Big Bird, the character from Sesame Street children programming.

Years later, after transforming his image or manipulating it in different directions, Ice Cube was a guest on the Sesame Street TV show. Hardcore rapper on a ABC kid's program. Trying to give you and me, the consumer, the distracted person, all kinds of mixed messages. All we're looking at is the talent, so-called. We're not processing Ice Cube nor other celebrities' transmissions headed our way.

God through the Bible is warning us. He knows what we're facing. He knows how easily we're fooled. He tells us to be sober and to be vigilant. That's a 24 hours per day, 7 days per week job. Some of us don't wanna work.

"Bird in the Hand" hits a lot of familiar notes, for rap music. Poor me, I was born black in the United States of America, there are no lucrative opportunities where I live. I need to take care of all the children I've had randomly and while unmarried. So we need to sell drugs. White people are my enemy because of what I feel is an indeliable, concrete past. I hate the right wing Bushes and Trumps, but I believe Clinton and Obama are alright, I don't think they're all the same, no, not at all. And so on. I actually believe that Ice Cube and pretty much everyone with any status on the public stage, are all the same. That includes the red states and the blue states reps in office.

We wonder why nothing gets done and are confused that all these supposedly intelligent, educated politicians just wrangle over a wet pig instead of passing legislation that would helping the regular working folk.

What REALLY blew my mind was, when I understood that nothing gets done constructive because... most of the people on the earth with power are just playing the rest of us. Remember that all the nations are gathered against the LORD. All the princes. We see it there in the first few chapters of Psalms. The same people who argue on CSPAN are going out for golf, sushi and wine together. We paid for it. Don't worry about it...

As a believer in the Lord Jesus Christ, a follower of his, a born again saved person, not only for the preachers and pastors, but all us believers, I'm commanded, ordered, to not only avoid fellowship with the works of darkness, but to point them out. Reprove them. Many things we look at by the light of the Word of God, in this ministry, are a bit dated as we stand here now in 2020. Such as, Ice Cube.

I've been taking notes and keeping media for decades, sometimes not knowing why I kept all that stuff. Some of it was lost or left behind. In the last few years myself and a few others have started to fit the pieces together with these articles, videos, and other messages, for the Workman is Worthy Ministry.

I say all that to say that I can't really go deeply into present day devilment. I had a lifetime's worth up until around 2001. Since then, I found that my pursuit of God's righteousness was separating me from the lost world, whether I liked it or not. So there's just too much evil on all sides, and I can't take it in the same way anymore same as I wouldn't eat a live centipede. But there was no choice in the matter. Something about the 9/11 event changed a lot of people, forever, and I was one of those. We can break that open another time, God willing...

Does fellowship include listening to someone's music? Definitely. Is Ice Cube a worker in the kingdom of darkness? Yes. You should get an A+ on this exam, friends.

Ice Cube, O'Shea Jackson, doesn't want me or anyone to preach this kind of stuff. He wants me to shut up. *We can quote him from interviews and songs - he is one of those "if you don't agree with me, shut up" types.*

He's full of the devil and wants you to trust him, and not God, and certainly not a Holy Spirit filled preacher. Cube despises preachers, the New Testament local church, the Bible, Jesus Christ and God Himself. Think I'm going too far? Let's look at just a few of the lyrics and quotes that Jackson has given us over his public career.

Look at the lyrics for "Kill at Will..." Ice Cube is a pawn, or a puppet, being used to bring in discontentment and victimization. If that angers you, and you think I just don't understand the black struggle or whatever you call it, I know that it's YOU who doesn't understand.

Anybody who exalts a skin color, an ancestral connection, over other groups and people, doesn't know the truth which comes in a package named the Lord Jesus Christ. God is no respecter of person.

Ice Cube underwent a transformation over time. From killer on wax, to family friendly movie maker. This was a plan, whether consciously by him or not, but definitely by Satan, to bring in young people who would see him in family films and then go on to discover his backload catalog of music that glorifies every kind of evil. The new generations coming along would admire this stuff and keep passing it along.

I simply recall a lot of that stuff. I want to help someone, if possible, and point out things which were not pointed out to me. See, this was justified and accepted and brushed off as okay to me, a young Christian, all of this worldly embracing of sin. "You can listen and watch all this and still properly worship the Lord Jesus." Only, you can't.

We can break down of more Cube's lyrics. It's very easy. Then juxstapose his music against most of his kiddie movies. And you'll see that this person is a hypocrite.

Now. It's true that much of what he said was a precursor to what actually happened in America. You might say, "he was and is a visionary." Well, the devil allows evil men and women to see and predict some things. That just means he's worldly wise and can track a trajectory. 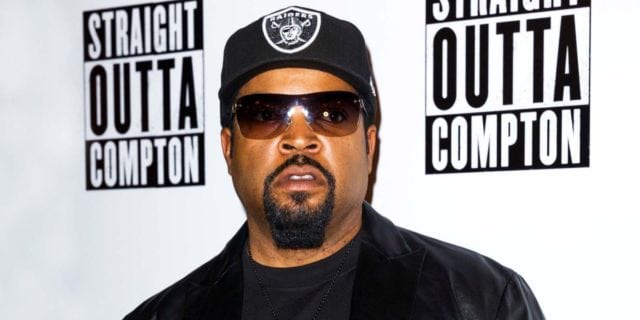 The King James Bible describes certain people who were able to give some truth, but who were not of God.

Ice Cube, O'Shea Jackson, is definitely not of God. He is of the devil, as defined by Jesus in John chapter 8.

Headline from Colorlines-dot-com: "Ice Cube Says He's Cool With Gay Marriage." Enough said, since that statement is true and Cube has never walked it back. The headline on Colorlines is drawn from AdAge-dot-com.

Cube does what lots of deceived people do, which is compare discrimination against black people in America, to sodomites who want you and me to not only tolerate, not only accept, and not only approve of, but promote and encourage this particular sin.

May I be the one to remind you: Being black is not a sin. Now you would think Cube would agree with that, but apparently he believes that something is wrong with being born with dark skin.

That sounds outrageous and off the cuff. but think about it: Why would you put being dark-skinned and being a sodomite in the same box? Obviously, you agree with the virulent bigots that you rail against, who say the very act of being black is wrong. I might conclude that Ice Cube, the pro black antichrist entertainer, hates his own face in the mirror. 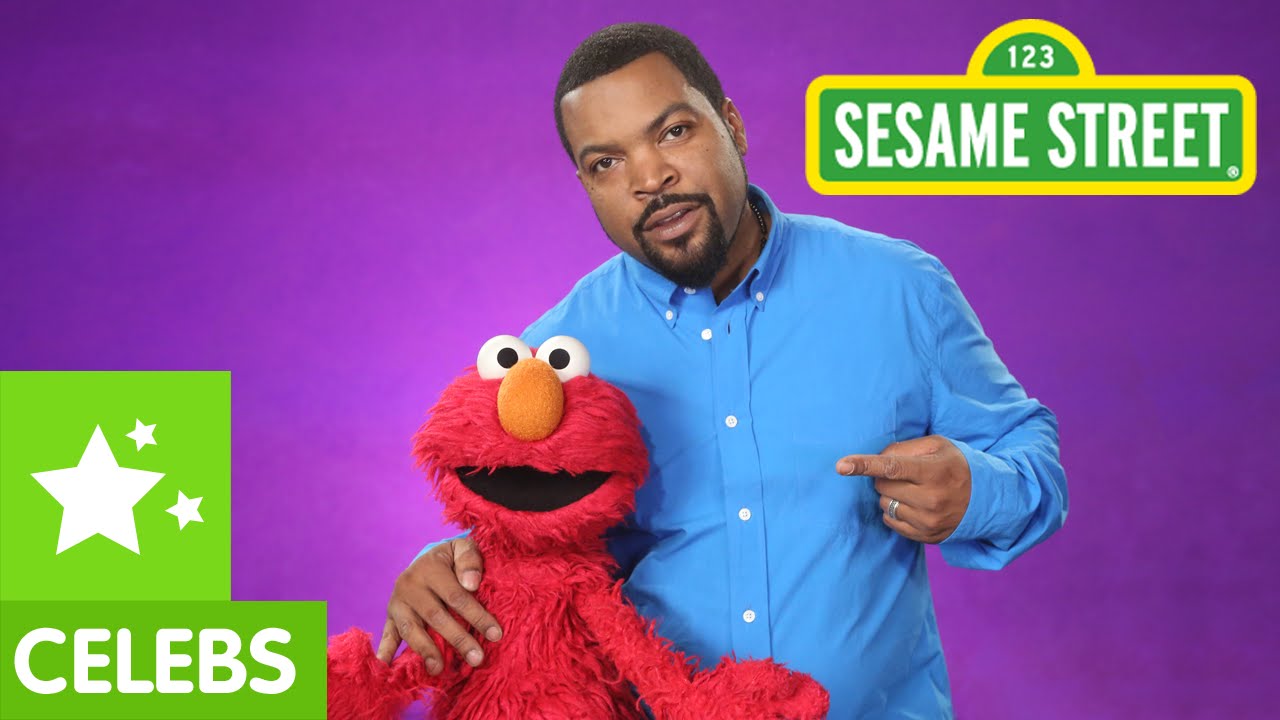 “I’ve had people in my family, myself and a lot of my ancestors have been victims of discrimination. So I don’t want to discriminate on nobody,” rapper Ice Cube tells AdAge Magazine. His comments come a week after both President Obama and rapper Jay-Z said they support same sex marriage.

So you can see that you're not going to push back against this homosexual agenda without losing your position. In a way, it doesn't matter if Ice Cube, Jay-Z, President Obama nor whomever agrees with pushing gays to the fore. They want their position. They want their status. They want the world to love them. They're going to agree with what the devil is leading.

Ice Cube told AdAge: "I'm not worried about what people do in their bedrooms." Well, God is concerned with what we do when no one else is looking.

The King James Bible says that the eyes of the Lord go to and fro.

The darkness is as day to God.

Ice Cube said: "I'm cool with it." He means, I'm cool with men being unseemly with other men. "I'm already married, so I ain't worried about too many other people, what they're doing."

You know, a lot of people, including me when I was a kid, look up to people like Ice Cube as being somewhat discerning and bold and such.

As I grew older, and decided to simply read the Bible and believe it and try to walk by it, I realized how foolish Cube and other celebrities are. Sincere, some may be. But for the most part, they are criminally sinful and wicked. They are purposely, proudly leading people away from God.

But when you mostly only care about how well they can entertain you, it can be glossed over for the entertainment's sake.