Years ago, I admired the multihyphenate Padma Lakshmi. But one day I finally realized: Beauty and talent aren't everything, even though young men are bred to chase those qualities in females. The Playboy-Maxim mindset can be deadly.

Sometimes the apparently smart, pretty and successful female is raised up in order to attract followers, who will applaud that female no matter how spiritually poisonous her agendas, her "likes", are.

Prov. 31: 30: Favour is deceitful, and beauty is vain: but a woman that feareth the Lord, she shall be praised.

After I had accepted more light from the words of God, and gained some discernment on many issues, there was no way  I could continue to look upon this entertainer with anything more than sadness.

If you want to be a man of God, you will get into that King James Bible with faith and a thirst to know what is in there.

The Lord will show you many mighty things which you do not know. And those things will change you and change what you want.

Once you are someone whose desires have changed because of the Holy Spirit, you will stop admiring pervert celebrities, who, among other things, profess love for the Halloween holiday.

According to Lakshmi during a "Late Night With Jimmy Fallon" appearance, she arrived in America at age four on Halloween night. Long story short, that day has a special place in her heart.

It should go without saying, but you must say it plainly in the evil-celebrating, bitter-for-sweet 21st century generation:

Halloween is a filthy "celebration" of death.

Facebook is a leader in the kingdom of darkness. Even when they do good works such as charitable fundraising, they are not to be trusted on a spiritual level. The social media site will always lead you away from Jesus Christ. Your best bet is to assume anything that Facebook and other popular media promotes, is of the devil.

Halloween has come to rival Christmas as America's most recognized and participation-friendly holiday. Why?

It's a picture, an illustration, of what is happening to America's spirituality. We are collectively deserting Jesus in trade for the devil.

You have probably heard people say, "Google is evil," or Facebook, or YouTube, or a particular TV network, or whatever. These venues are so popular not just because they are innovative, but because Satan gives worldly success and favor unto people who push satanic agendas such as Halloween. The phrase "selling your soul to the devil" is overused and abused, but that's what it means.

In John 8:44, Jesus says that we are not all "children of God" as you often hear people say. The Lord Jesus Christ says, those who do what the devil wants are the devil's children. He was not just talking about the people within earshot of his voice that day. He was talking about people all the way up to today.

You are not a child of God in the spiritual sense, if you are doing what Satan wants. Can it be said any more plainly? "Ye are of your father the devil," Jesus said.

I want to do what our Father in heaven wants, because that is what Jesus always did and does. I pray that same thing for anyone reached by these words: To do what Jesus says. That is the same thing as doing what God says. 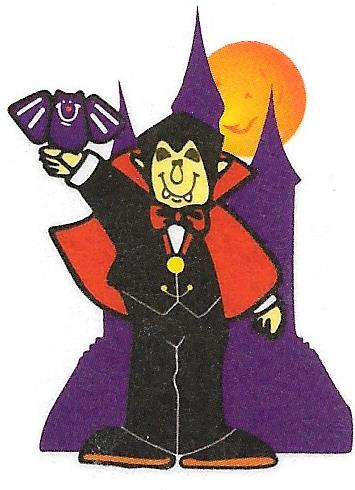