People hold up statements like these, by entertainer Bill Murray, as if the words are wise. Are they? 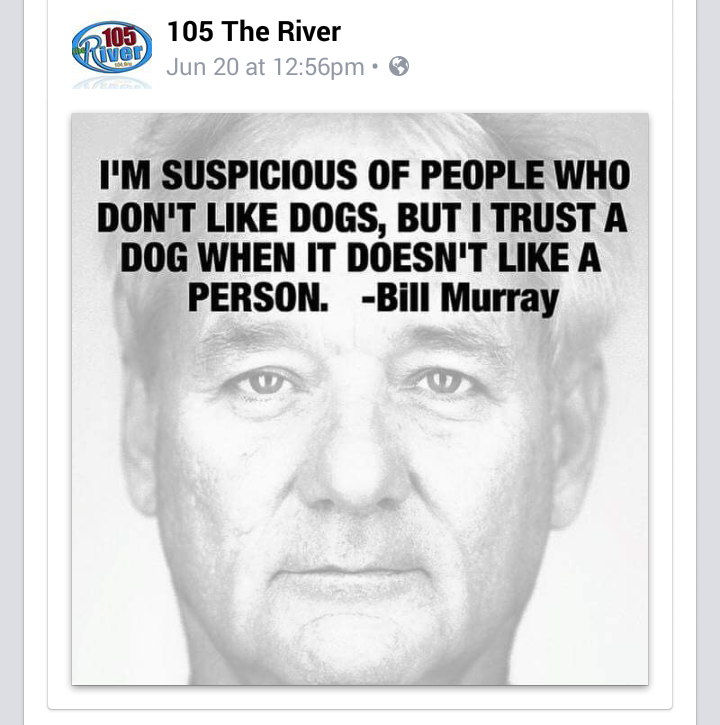 We fill our eyes and hearts with 'profound statements' like this, through social websites and other media. Makes us feel kinda righteous. Some of it needs exposure as the tripe it is.

The reason lots of people prefer dogs and other creatures to people is: They can control the animal more easily. They cannot handle dealing with human beings very well. The animal cannot talk back nor give opinions in the way that people do. So that "I like animals more than humans" stuff is sometimes, or can be, a signal which shows someone's basic weakness. It can reveal a lack of ability to communicate with other people and accept those other people as... well, humans. People that have flaws.

Do a word study on how the Lord speaks of dogs in the Bible. What you find might surprise you. What you read will tell you that God doesn't have the exalted opinion which people, especially Americans, have of dogs.

Jesus Christ compared Gentiles, or Greeks, or non-Jews, to dogs in the New Testament. Jesus was giving an illustration that, even though the Jews had largely turned away from the true and living God, they were still the vehicle which the Lord used in order to bring down salvation to all the world. He was saying that the Gentiles were "dogs" in comparison to God's chosen people; or, His children.

Philippians 3:2 warns the believers in Jesus Christ to beware of dogs. Who are the dogs? First, we can note that the "dogs" there in Philippians we are being warned about are people. Secondly, we can be sure that these people who are pictured as dogs are not good. These particular dogs are people who are in the churches, who are perverting or twisting doctrine. We can go back to Matthew chapter 7: Give not that which is holy unto the dogs.

2 Peter chapter 2 gets even more graphic, in describing people who have given up sinful practices only to pick them up once more: The dog is turned to his own vomit again. Because dogs are naturally nasty. I happen to like dogs and other animals. I enjoy their company. My close family will give a testimony to the fact that I could spend hours looking at funny animals videos on the Internet, or remembering the dog named Precious that we had in my youth. I still dream about that dog Precious sometimes and smile when I just think of her. I see cows and deer and foxes and birds when I'm driving long distances and just looking at them makes my heart glad. I'm a softie for God's creatures.

But animals are not people. Animals, including the pets my family has had, are filthy. They put their mouths and noses in places that an honest person must admit, are disgusting. If you've been around enough dogs, you have seen a few throw up and eat it again.

I see people, particularly women who are supposed to be so much cleaner than men, kiss dogs in the mouth over and over again. I heard one preacher joke that some wives will kiss that dog in the mouth but not their husbands, maybe because the dog is cleaner than the man is. If that is so, it's a personal problem--on both sides!

We can go on with this, but the point is that although we as men and women are supposed to care for our animals, not abuse them, nowhere does the King James Bible say that we are to exalt them, worship them, or care about them more than for people.

Nowhere in the Bible does God say that animals, even dogs, are worth more or should be respected and loved more, than other humans... than mankind and womankind.

The wording in what Bill Murray says is strange, anyway. Look at it: "I'm suspicious of people who don't like dogs, but I trust a dog when it doesn't like a person."

The first half of the statement is talking 'in general'... I'm suspicious of people (anybody) who don't like dogs (any of them).

What about when the dog is the canine equivalent of a bad guy? We've all seen dogs that are dangerous, vicious, 'wouldn't want to see them on a deserted street' types. Would you still trust its opinion on humans? Would you trust a sociopath's opinion on other people? There are sociopathic dogs. If you never met any, you've been sheltered.

And we haven't even mentioned things like allergies, or people who simply think that dogs and all pets stink, literally and/or figuratively.

"I trust a dog when it doesn't like a person." ANY dog? About ANY person?

Most of us understand Murray's sentiment here. But it is just bone-hard dumb, idealizing dogs as if their discernment is mystical and they are somehow 'better' or 'above' humans. What he says appeals to the animal lover: A good thing, because animals deserve our care and respect. Except for the times when the animals don't care for and respect us. Except for the times when you're measuring the worth of creatures vs. humans.

Think about how twisted modern, "progressive" society is--we will watch beatings, murder, rape, constant profanity, and blasphemy of all kinds toward Lord Jesus Christ, but as long as NO ANIMALS WERE HARMED DURING THIS FILMING then everything is just fine. Think how blind people are to how watching and hearing most entertainment affects the mind and heart.

If you are more angry about Michael Vick than 60 million abortions, you are ill. 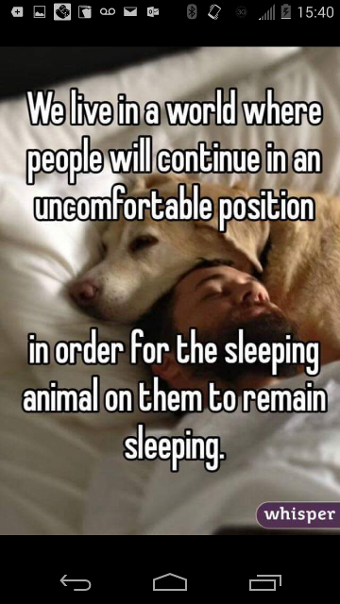 17 I said in mine heart, God shall judge the righteous and the wicked: for there is a time there for every purpose and for every work.

18 I said in mine heart concerning the estate of the sons of men, that God might manifest them, and that they might see that they themselves are beasts.

19 For that which befalleth the sons of men befalleth beasts; even one thing befalleth them: as the one dieth, so dieth the other; yea, they have all one breath; so that a man hath no preeminence above a beast: for all is vanity.

20 All go unto one place; all are of the dust, and all turn to dust again.

What does all that mean? That men and women will die a physical death, same as animals. Our bodies will decay and disintegrate. No exceptions. But a person's spirit goes to the Lord, where he or she will be judged and found worthy of everlasting life or eternal condemnation and torment away from God.

According to the word of God: An animal's spirit just sinks into the earth... which means we likely won't see our favorite creatures such as pets in heaven. The childhood dog probably won't be missed for those of us who spend eternity with the Lord Jesus. 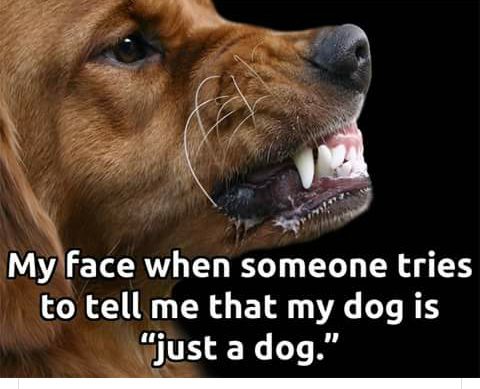 "just a dog", at least in comparison to human beings.