Christians who avoid the Bible

Good sayings without any scripture. This is popular on social media. Self-labeled Christians who put inspirational quotes and memes all over the place. But you never see any actual Bible. And when you do see some snippet of Bible, it's NIV or some other bible version that ends up butchering the verse's meaning, most of the time.

This is linked to a lot of false religions mixing wit h christianity. There are professing believers who will thumbs up a Dalai Lama saying 100 times before they would big up a King James Bible clipping.

These professing christians know that the world will hate scripture especially if it convicts at all. i admit that i struggle with that. i want to be liked. Christ says that the world hates him because its works are evil, and He tells us plainly that if we decide to get outside the camp with him, that we will be hated, too. all who live godly WILL be persecuted. There is no doubt according to Jesus. I have heard and read those who say, "Christians in America aren't getting persecuted because they aren't getting their heads chopped for the faith, or other harsh things." Persecution is not always about such hard punishments. If you're a woman who is ostracized and ignored and lied about by all the other women at work, they aren't killing you or whipping you or imprisoning you but they are certainly persecuting you. 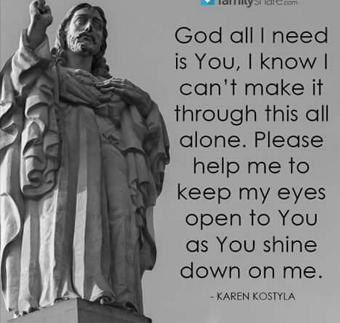